We have continued to walk further through the “valley of the shadow of death” since our previous blog.  As Richard recovered from cancer surgery, we found out that he had three blocked arteries that required immediate open heart surgery.  Serious complications that arose after this surgery led to several more hospitalizations during the weeks that followed.  While he is now on the road to recovery, our path continues to lead us into the darkness of life as we cope with all the traumas of this past year.

As we approach the darkness of the longest night of the year – the Winter Solstice – we are feeling very strongly that the darkness in our personal lives mirrors the collective darkness of human suffering throughout the world.  So we were very moved this morning when we read these words in Scripture:

By the tender mercy of God, the dawn from on high will break upon us, to give light to those who sit in darkness and in the shadow of death, to guide our feet into the way of peace.  (Luke 1: 78-79)

This is a reading that leads us into the sacred season of Advent in the Christian year, the four weeks of waiting, watching and preparing our hearts for the coming of the Christ child on Christmas morn.  The focus in Advent on the light that breaks through into the darkness of our human lives has a deeply personal meaning for us this year.  As I reflect on this theme, I am drawn back to some writing that I did last year during Advent that I would like to share with all of you who yearn as we do for light to shine in the darkness.

Christ the Light of the World

A central theme of Advent is the coming of the divine Light into the darkness of the world.  This theme is illustrated in the famous 19th century painting by William Holmes Hunt, “Christ the Light of the World.”  Here the figure of Jesus Christ, wearing regal robes and crown, holds a brightly shining lantern in his left hand as his right hand is lifted to knock on an old wooden door that is overgrown with vegetation.  The images of light and dark alternate throughout the painting, as the brilliant light of the lantern illuminates the figure of Christ and the door, while the surrounding grounds and forest are cast in the dark shadows of night.  We see that the Son of God has come, bearing the light of the Spiritual Sun into the darkness of the earthly realm.

Many of the Scripture readings in Advent focus on this theme of light in the darkness.  The prophecies of Isaiah, which Christians interpret as pointing to the Incarnation of Jesus Christ, often refer to the coming of this light:

The people walking in darkness have seen a great light; on those living in the land of deep darkness a light has dawned.  (Isaiah 9:2)

Within the Christian scriptures, the Prologue to the Gospel of John, which is the counterpart to the nativity birth stories of the Gospels Matthew and Luke, focuses on the Light as the divine source of creation:

In the beginning was the Word, and Word was with God, and the Word was God… All things came into being through him… What has come into being in him was life, and the life was the light of all people.  The light shines in the darkness, and the darkness did not overcome it.

The cosmic role of Christ, the Word (Greek Logos) is also seen by the Christian mystic, Corrinne Heline, who describes “the universal blessing of Christmas Eve as a descent of the divine energy of the solar logos.”  In her mystical vision, “the Christ energy shines down and reaches the heart of the planet where it concentrates in the form of a six-rayed star.  This is also an inner process within each of us, an inner conjunction of the sun and earth.  As the Logos descends into the earth to bring Light to the world, we can see in ourselves the light, life and hope of the world descended into the darkness of matter to redeem the fragmented sparks of divinity scattered throughout the universe.” (1)

The Light of the Logos – the Cosmic Christ that is the Soul of the World – enters the darkness of the earth to bring the redemption of healing and wholeness.  At this darkest time of the year, in the darkness of the world that is shattered by greed, hatred and violence, knowing that Christ is the “Light of the World” is the grace that can lift us above the feelings of despair and keep us from being overwhelmed by the suffering of the world.  Then we are able to open to the divine Light within that shines through us into the world.  In this way we consciously participate in the divine energy field that we call the Light of Christ.

Although our physical eyes see Christ as a figure in the painting, the spiritual eye of the heart sees the energetic field of the divine Light.  For light is vibration – oscillating energy patterns – and so is a process rather than a static form.  Christ as the Light of the World is not an object but a process, which we intuit when we say both “Christ is” and “Christ will be.”  The Word – the Primal Vibration at the beginning of time that sets in motion the evolutionary process – continues to vibrate throughout creation until its complete manifestation as the Light of the World.  In Christian terminology, this process of “Christification” is the purpose of the time/space realm, as the energy field of the Universal Christ grows through historical time until its final fulfillment at the “end of time.”

This is the prophetic vision of Christmas that “Christ the Light of the World” illuminates for us.  William Homes Hunt based his painting on the passage from the Book of Revelation, the mystical image of John that foretells the Second Coming of Christ:

When Christ knocks on our inner door, we have only to open to him and we will receive the gift of his light which will fill our being and shine brightly into the world.  As the great Christian mystic Meister Eckhart comments on this passage: 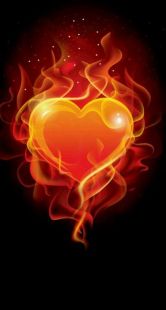 You don’t need to seek him here or there.  He is not farther off than the door of your heart… Opening up and entering in are but a single moment.” (2)

As Eckhart preached in his Christmas sermon, the birth of Christ must take place within ourselves.  For Eckhart, the birth of the divine Son within the soul is another image of the process that takes place when God enters into the heart that has opened to the divine presence.

This is why on Christmas Day we can say:

Today Christ is born!  And we await the full birth of Christ in the future.

Christ is born – Christ the Light is in the world and dwells among us: when we open the door we will see the Light.  This is the “growing Christ” as human consciousness continues to expand and increasing numbers of people “see the Light” until the divine Light becomes fully manifested on earth.  We have only to open the door of our hearts to be a reflection of the divine Light.  Then the initial mystical proclamation in the Gospel of John will be completed as the prophetic image of the Revelation to John.  The promise of the Christmas birth will be fulfilled as Christ is “born again” as the divine Light of Humanity.